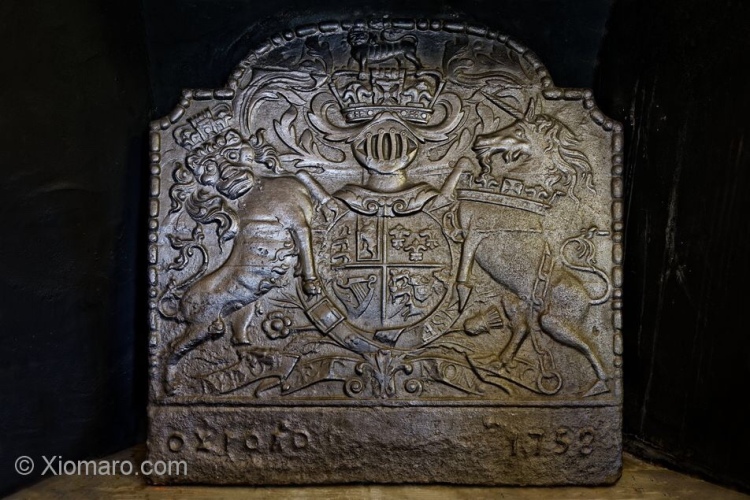 For Presidents’ Day, I thought I’d offer this image, which has never been seen before other than by National Park Service personnel. Nor has it ever been printed or publicly exhibited. Even during a tour, it would not be possible to get a clear, head-on view of this cast iron fireback.

The photograph is part of a collection I was commissioned to create of the Ford Mansion in Morristown, New Jersey, which served as George Washington’s headquarters during the winter encampment of 1779-80.

This fireback sits in the fireplace of the mansion’s parlor, which became Washington’s makeshift communications center and dining room. It was here that his secretaries dealt with the General’s correspondence and military orders.

Ironically, the fireback bears the coat-of-arms of George III, the very king that Washington was fighting against. The royal motto – Deus Et Mon Droit (“God and my Right”) – appears underneath. “Oxford” on the lower left suggests that the piece was made at the Oxford Furnace in Warren County, New Jersey.